Jack Shill, the eldest brother of my grandmother, Ellen (Nell) Maud Agnes Shill, moved away after marriage and died in the Great War.  All that our family knew about him was what Ellen told us.  The following information is excerpted from Nell's oral history:

"My father came over about 2 years before we did (1906). Then he sent for my eldest brother, Jack, and he came over and got work in the CPR."

John Shill, Jr., age 17, departed Liverpool on June 19, 1907, and arrived in Quebec City on Sunday, June 30 at 6 pm, travelling in steerage on CPR's Atlantic Steamship "Lake Champlain".   Steerage passengers were inspected between 6 and 9 am on the 1st of July, and left Quebec for Montreal by train around 1 o'clock in the afternoon.  He arrived in Montreal on Dominion Day.

The following spring the rest of the family arrived.

"Then, of course, Jack got married."

Jack married Florence Amy Whitworth six years after arriving in Canada.  Florence was also born in England, but unlike Jack, she was a Catholic.  In those days, a Protestant marrying a Catholic was a "mixed marriage" and was not looked kindly upon.  In September 1912, Jack was baptized into the Catholic faith so he could marry in the Catholic church. It is likely that the family did not approve and perhaps that is why the couple moved away.

Florence Gertrude Shill was born in February, and died on July 30th, 1915 at the age of 5 months.  At the time, they were living at 552 Elizabeth Street, a teeny little house. 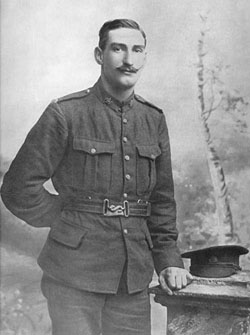 "After a little while he went out west, Saskatoon, and he enlisted."

Jack and Florence were living in London, Ontario in 1915.  Jack Shill enlisted in the 33rd Battalion in London, Ontario, April 15, 1915.    Less than 3 weeks after the death of his only child, Jack was on a troop ship, the S.S. Hesperian, from Montreal, heading for the war in Europe.

On arrival in England, Jack was based at Shorncliffe as part of the 9th Reserve Battalion. C.E.F. January, 1916, once again he was transferred, this time to active service in France with the 2nd Battalion, joining the Unit in the Field on February 2nd. 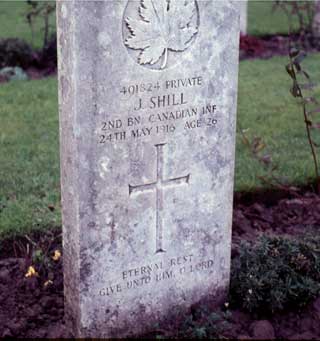 In April, Florence sent a letter to the military to say that she would be moving to England.  She arrived in Liverpool on the Allan Line's ship "Sicilian" on May 17, 1916.  One week later her husband was killed in action.

"Jack was killed as soon as he got over there, because he was a sniper.  He was up a tree and somebody saw him before he saw them."

Jack's "Circumstances of Casualty Card states:  "Killed in Action - Killed by sniper's bullet while on sentry in a front line trench to the right of HILL 60, ZILLEBEKE." 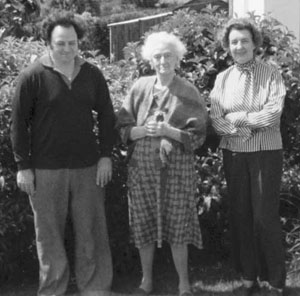 "The mother, we never kept in touch with her until quite recently somebody sent us a picture of her.  She had married again in England; she'd gone back to England. She had no more children, so...no family there."

A  couple of years after Jack's death, Florence remarried in Spring, 1918 to Harry A. Stepto in Portsmouth, England.

Return to The Shill-Bartholomew Family