About me and Genealogy 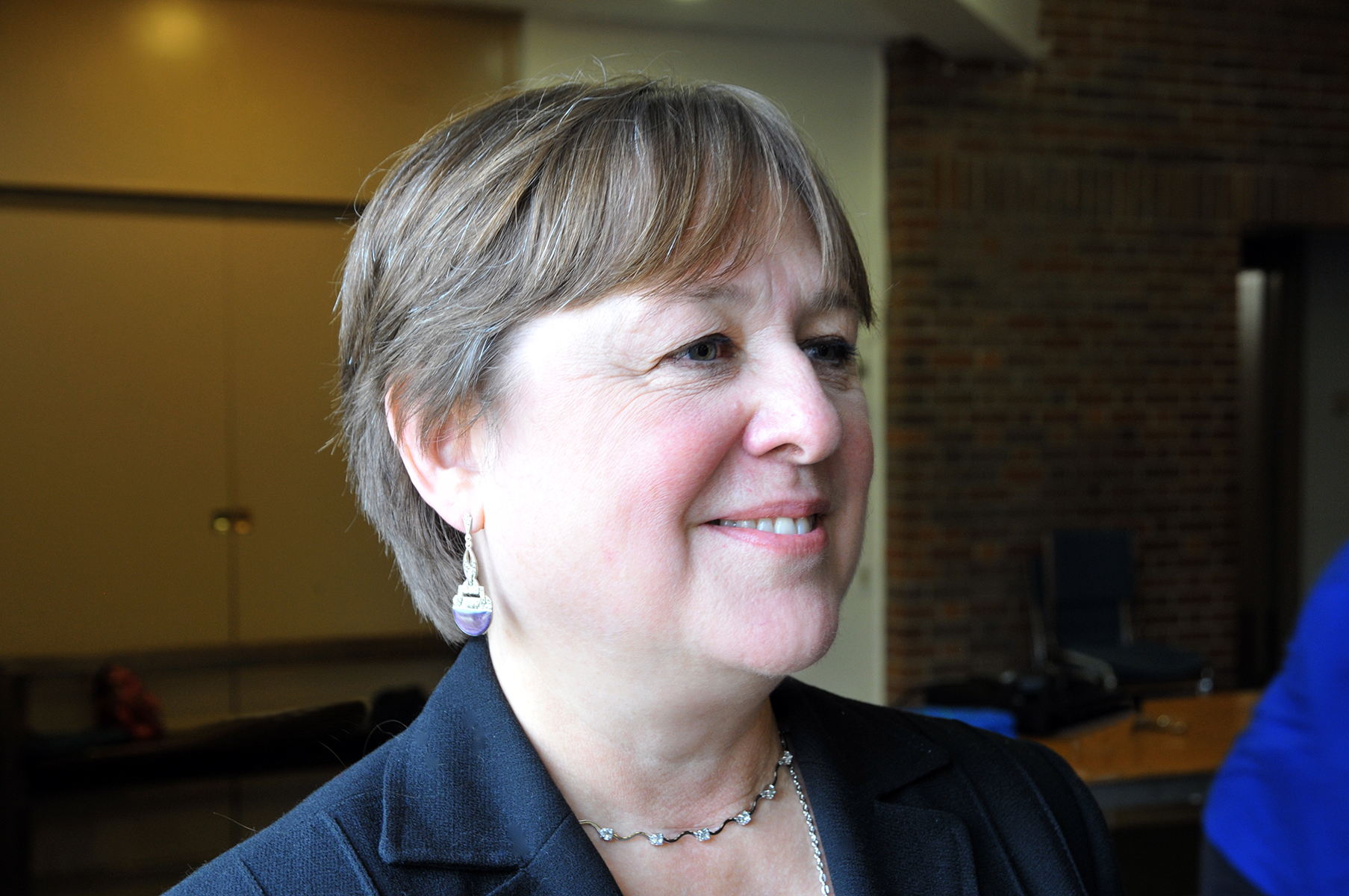 2016 - Me after speaking about "BICA" for the Quebec Family History Society as part of their Lecture Series at Briarwood Presbyterian Church in Beaconsfield. Thanks to Rodney Heather for the pic.

For over 30 years, I have been doing genealogical research to expand and document the Waddell and Tompkins family histories and organize and record the family history information to share it with family members and others who are interested.

As the de facto family archivist, the large collection of family photos and memorabilia I inherited needed to be scanned, compiled, and organized. Over the years, I have learned better practices which has prepared me to help others with their materials.

For more than 10 years, I have been building this website by researching English Montreal and my grandparents' involvement in their English-speaking community.  Along the way, I have helped many others of various backgrounds to discover information about their ancestors.

I believe that oral history is powerful. How wonderful is it to listen to the voice of a loved one and hear them tell the stories of their life and family?

My brother, Peter, recorded an oral history of my grandmother on her 90th birthday which included stories about her life after arriving in Montreal as a girl. My project was to transcribe, organize and flesh out this wonderful gift. It formed the basis of my family history research - to confirm and document the stories she told.

Since then, I have conducted and transcribed a number of interviews with family members and others. 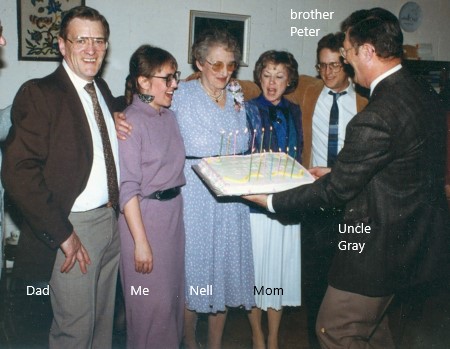 Celebrating the 90th birthday of my grandmother, Nell Waddell (nee Shill) in 1989 at Beaconsfield United Church. Only my mother and I are still living.

It seemed that I was ideally positioned to help her.  This is my "thing" after all.  I transcribed and adapted audio and video interviews with her from years past and was able to interview her over the telephone and transcribe those conversations. She is a natural story-teller!  Selections from the hundreds of family photos in my collection and genealogical information from my years of research and organizing the family's history were added to further enliven her stories.  The keepsake book is a record of her family's history in Florenceville and Fredericton, New Brunswick. Her father's autobiography was added to round out the point of view - she told her stories of what it was like growing up as the third of 9 children and he told what it was like being a father who had to work away from the family to make ends meet through the depression years and World War II.  The book was created during the Fall of 2021 and printed in January 2022.

I am proud to say that seeing the completed book brought her to tears! 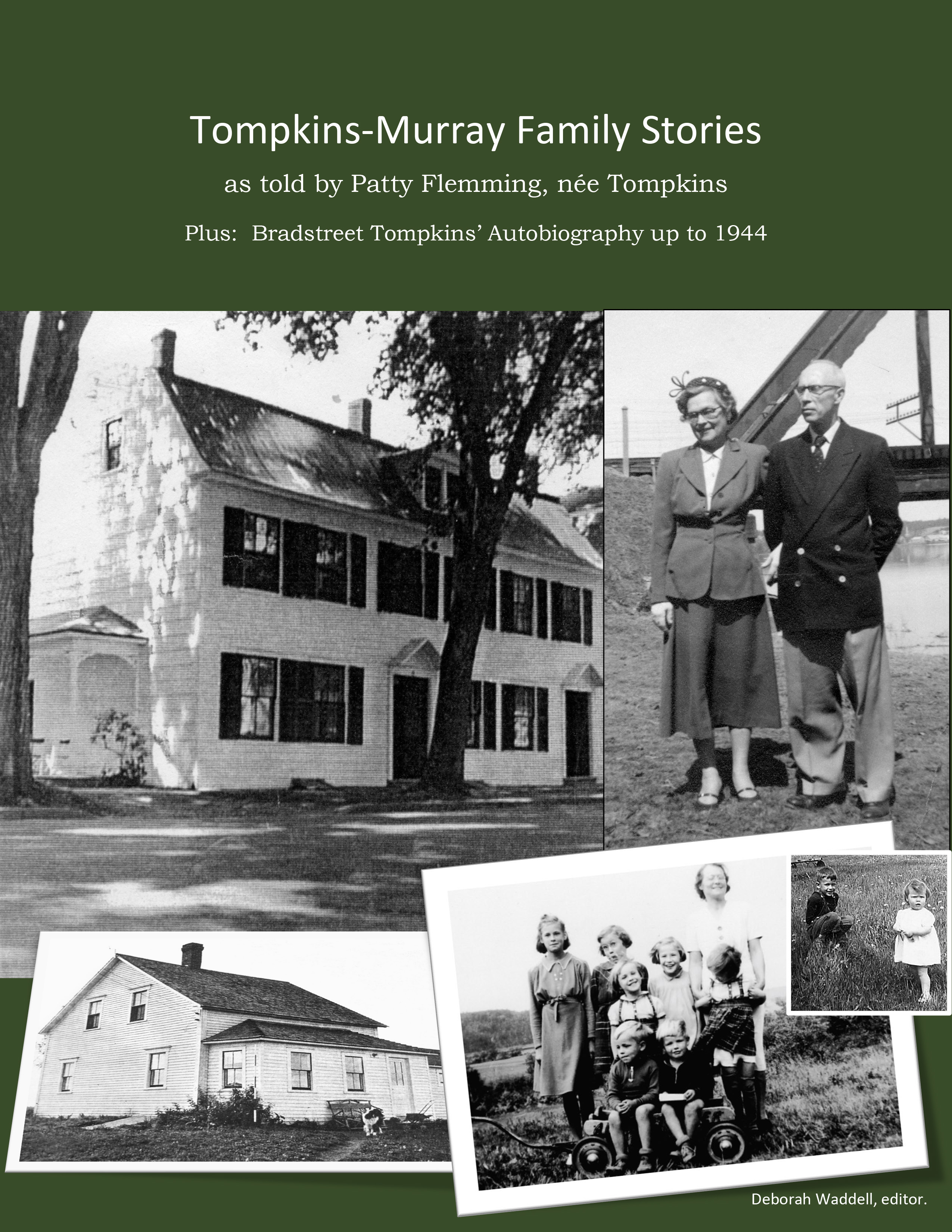 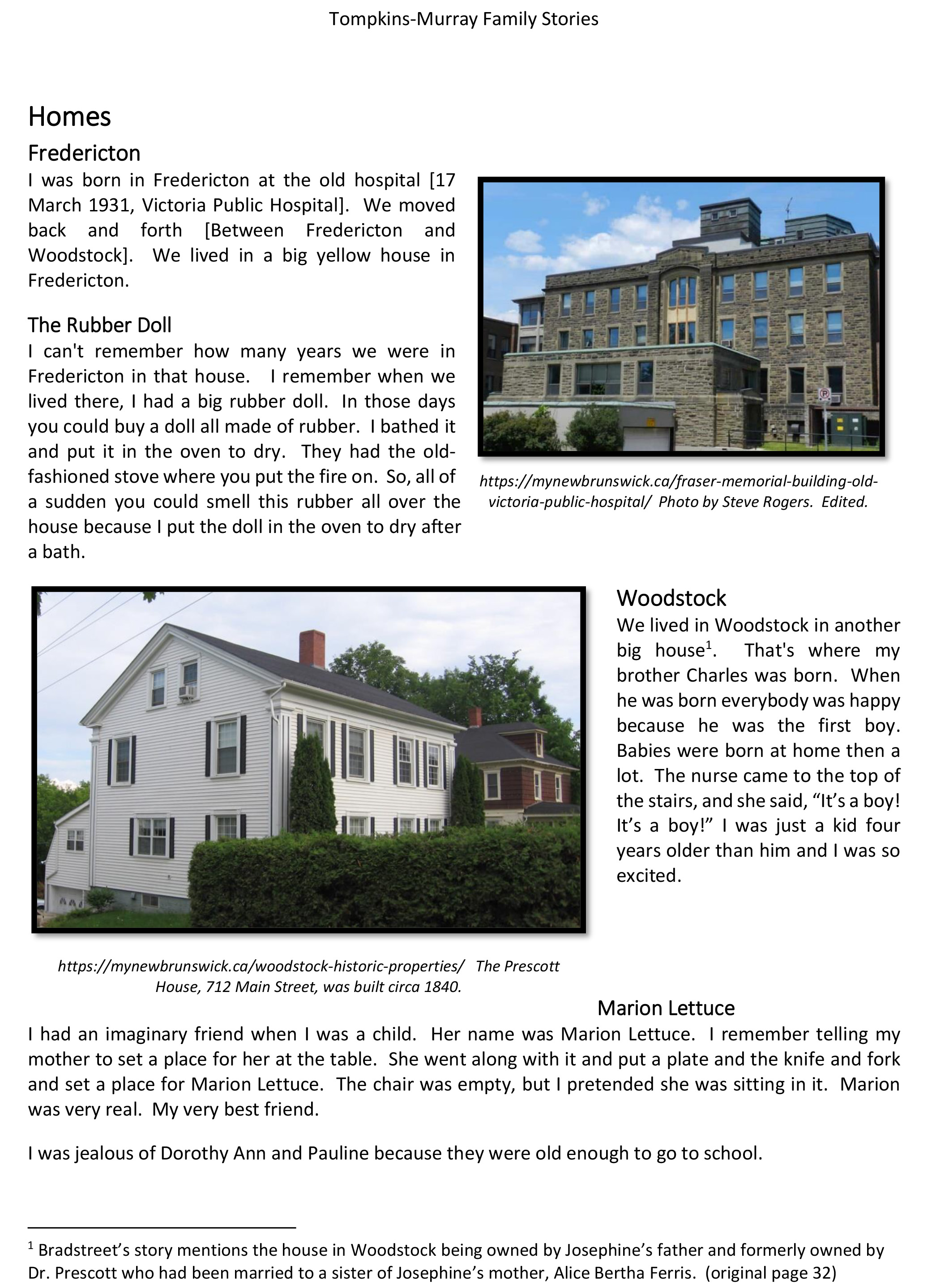 Immigrants from England and Scotland

My work with family stories and genealogy eventually led to the creation of this website www.recordfamilyhistory.com. The site is built on the foundation of the experiences of immigrants from the UK in the Montreal area – including my paternal grandparents who arrived in the early part of the 20th century from England and Scotland.

The maternal side of my family, from New Brunswick, descends from United Empire Loyalists whose roots go back to the early days of New England mixed in with more recent arrivals from Scotland, England and Ireland, giving me the opportunity to research in one of my favourite places: New Brunswick.

When I returned to the Montreal area in 2000, I became involved with the Quebec Family History Society. The QFHS provides access to resources, seminars and knowledgeable researchers, furthering my learning not only of Quebec research but Canada and the UK as well. Association with the Society eventually led to me becoming the QFHS Book Store manager in 2008. In 2013 I first served on the QFHS Executive Board as Corporate and Recording Secretary and later Vice President. The education and support of active genealogists also offered the occasion to present seminars at the QFHS, including: "The British Immigration and Colonization Association” (BICA) at Roots 2015 and two talks at Roots 2018 on “Using Quebec Directories” and “Notarial Records in Quebec”.

In 2020, I became the QFHS Webmaster and presented "Notarial Records in Quebec" on Zoom for the Society's virtual conference: "Roots 2020". I have stepped down from my association with the Society now that I no longer live in Quebec.

Many years of researching my own family and others' families whenever possible led to offering my genealogy services professionally.

Now living in Eastern Ontario, equidistant from Montreal, Quebec, and Ottawa and Cornwall, Ontario, I have access to several physical archives in addition to the many online sources available, both paid and free. Most of the physical archives are now accessible again.