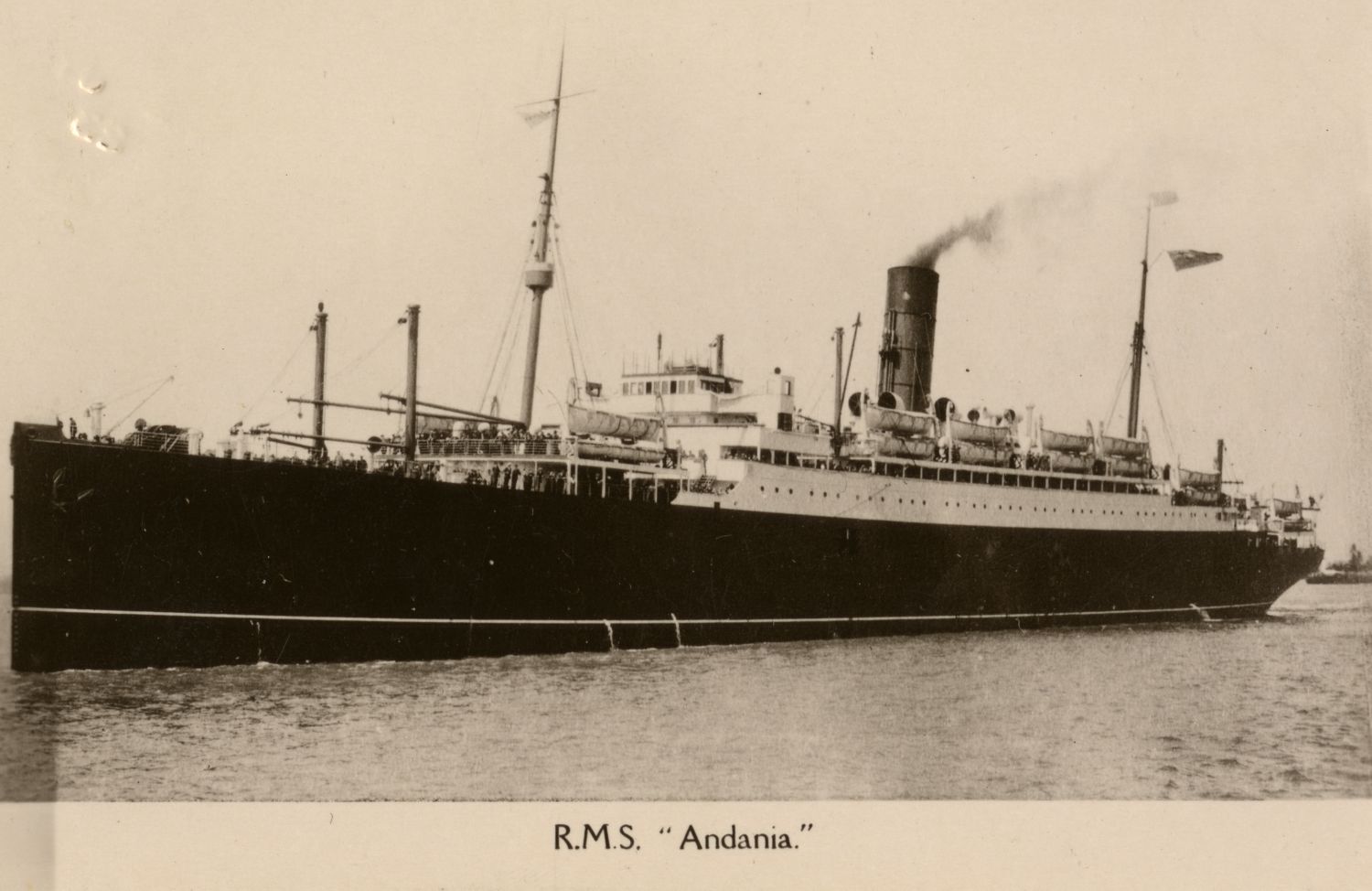 In the fall of 1914, the Cunard Line's new ships the Andania and the Alaunia, both built in 1913, transported troops, vehicles and cargo as part of the convoy carrying the 1st Canadian Expeditionary Force (1st C.E.F.) to England.

You might say that Private Herbert E. Shill of the Royal Montreal Regiment also known as the 14th Battalion, was "lucky" to be travelling to war on a newer ship.

The data here shows who and what were carried on the S.S. Andania in October 1914 in support of Canada's commitment to the Great War.

Details and Stragglers
3 Officers from the 15th Battalion

a. The War Diary of the 14th Canadian Battalion states that the two groups of the Battalion were reunited on the 19th October, 1914 at West Down South of the Camp at Salisbury Plain.

b. The War Diary of the 1st Divisional Signal Company states that the transport Andania arrived October 14, 4pm at Plymouth and anchored for the night. On the 18th October the Signal Company disembarked and arrived at Amesbury Station at 1:30 am on the 19th and marched from there to West Down South Camp on Salisbury Plain arriving at 6am.

"Duguide, A. (1938). Official History of the Canadian Forces in The Great War 1914-1919 General Series Vol I. Chronology, Appendices and Maps. Ottawa: Minister of National Defence. (from the collection of the Quebec Family History Society (QFHS) library.)

Return from S.S. Andania to By Ship to Montreal